The First Chapter of CHOICE

CHOICE: Personalized Learning, Personalized Technology, is my newest book about how we can improve educational technology in schools today, and make it more impactful for each student. You can learn more about the book here. You can also pre-order the book now. 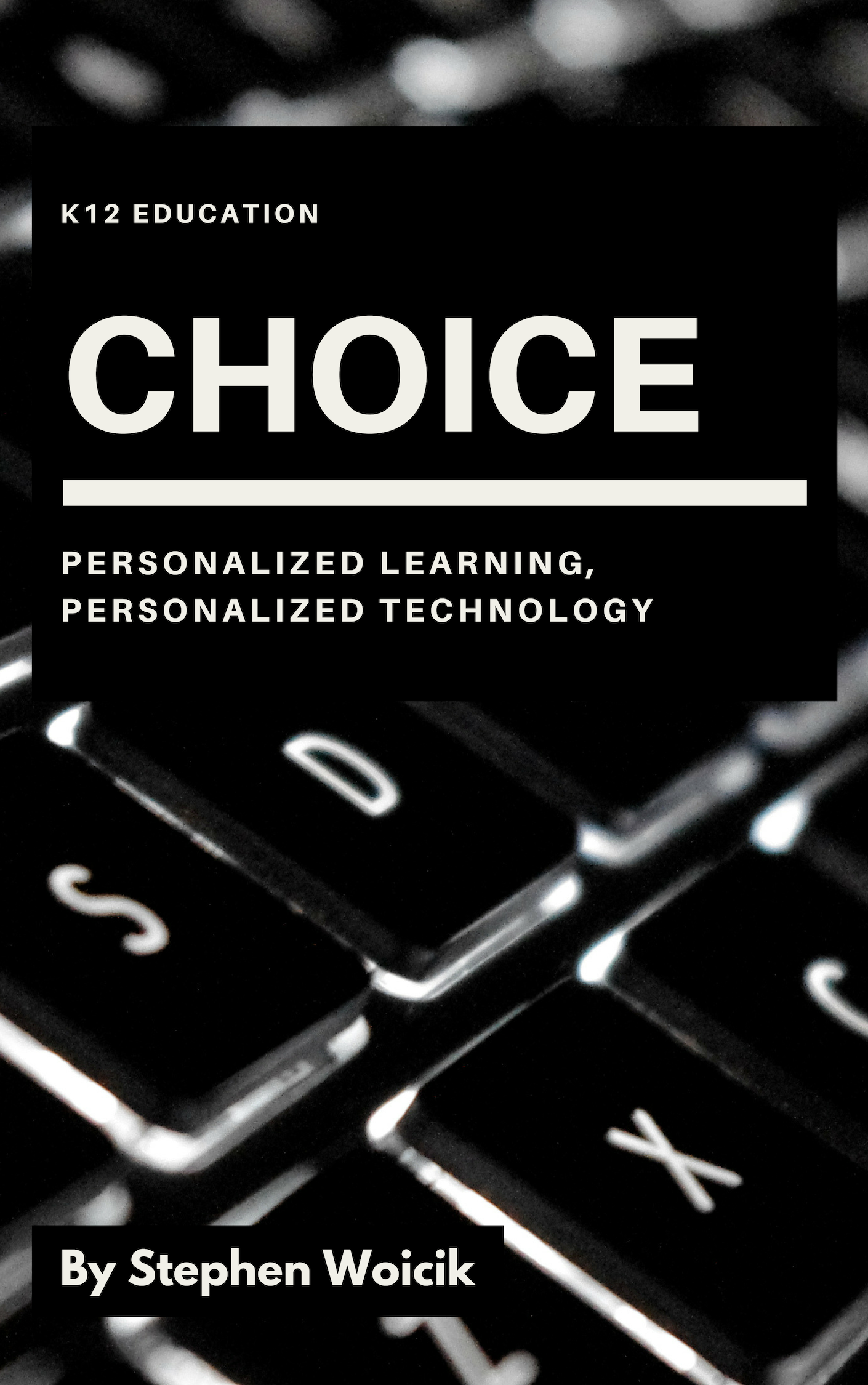 There are three stories from my experiences with educational technology that have shaped my thinking and philosophy. Each story is from a different perspective; Personal, Professional, Outsider. Each story has a common theme that reinforced my own conclusions. It pushed me to implement a Choose Your Own Device (CYOD) 1:1 program and write this book.

The first experience that prompted me to begin seriously researching the idea of a CYOD or multi-device program for education was my oldest son. Seeing the way he views and interacts with technology and how drastically different this is from my old way of thinking.

My son is 6 at the time of this writing. He is growing up in a time that has always accessible computers and always on Internet. Thanks to cellular data speeds, the terms “offline” or “no internet” don’t come up often. He has always had computers available to him (desktops, laptops, iPads, smartphones, even a smart tv, and my brother’s video games), but he doesn’t see any of these devices as computers. He doesn’t even really understand what a phone is. These devices are all just gateways to the Internet.

The device holds no value to him. The content the device brings him is what matters.

He knows any of these devices will get him to his favorite YouTube Kids shows or allow him to watch Mickey Mouse. The medium in which he gets to the content is irrelevant and don’t even enter his thinking.

This is far different from how things were when I was first exposed to technology. The internet wasn’t ever present and content wasn’t platform agnostics. To play certain games you needed Windows. To use certain programs you needed a Mac. Even the way you accessed the internet was based on the device you had. And there was no guarantee everything would be accessible through the device you chose. The device you chose to use what a critical part to deciding the content and work you did.

These problems are almost nonexistent now. And becoming less and less a concern, if at all, to students in school today. Every device will access the internet, and any content (or a good alternative) is viewable on the device.

The device no longer matters. It is only a way to access the internet/content. A means to an end, not the end itself.

Standardized testing is ever present in education. Regardless if you think it’s good or bad for students, it just is.

Students across the country and around the world in almost all grade levels take some form of standardized test.

This sometimes is done with pen and paper or a scantron sheet, but more often it’s being done on a computer (depending when you are reading this, it may all be done on computers). That computer is often the same for everyone. If you are doing testing on a Chromebook, every student in the school is using a Chromebook. If it’s Windows, every student is using Windows. Every student is on the same platform, taking the same test, with the same resources. Sound fair and equal, right?

I was put in the position of starting a new job a few short months before standardized testing on computers was about the start. The K12 school district had made the choice that all students would use Chromebooks (standard 11.6” non touch screens with a keyboard). The problem, there wasn’t enough Chromebooks for testing. More Chromebooks needed to be ordered.

The Chromebooks that were already in district were older and not worth buying more of. I chose a new model that had a touchscreen and was capable of being used as a tablet (the 4 in 1 laptop style).

My thought process being, the Chromebooks could be used the same as the existing Chromebooks for testing, and after testing we could experiment with the touch and tablet aspects of the device. There were very few touch screen devices currently in the district. It was getting what we needed in the moment and planning for the future.

As testing got started, I made the rounds to classrooms. Checking that testing was running smoothly and troubleshooting when necessary. As I made the rounds I saw how students were using the new Chromebooks compared to what they used all year.

The devices capable is the 4 in 1 layout option were used in a variety of ways. The student choose what was most comfortable for them to take the test.

They are taking the same test, and answering the same questions, but were able to use the technology in a way that was more comfortable to them. It was an eye opening moment for removing the technology barrier many of the students face with standardized testing.

This one is less of a story and more of an observation after years of working in educational technology.

I have seen far too much money wasted on good intentions by chasing the latest technology. I have seen many well funded 1:1 programs go belly up. I have seen many 1:1 plans turn into students just having something else to carry around in their backpack.

I’ve seen school district implement a 1:1 program only to realize 4 years in that they chose the wrong device or wrong platform and try to completely start over. Wasting years of investment.

The goal of this book is to avoid many of these mistakes. To build a truly effective and innovative 1:1 program that is built around the students first and not just chasing the latest technology trend. It will show you how to use sustainable principles to ensure your program doesn’t fail after the first year refresh, or bankrupt your technology department and resources.

Too much good money has gone into bad technology implementations. This book is a guide to fix that.